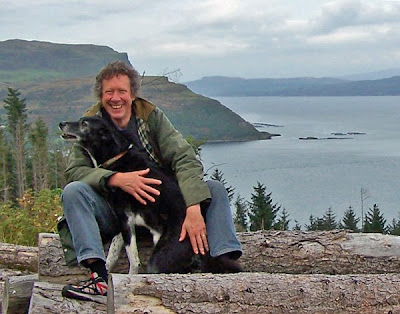 We've lived here 5 months now, and the grin is as broad as ever - it's just great!
Here I am, yesterday, on a walk with Basil in Portree Forest - that's Portree harbour behind me.
I'm off to Rowan Cottage for the week from tomorrow to undertake some essential maintenance and decorating, so unless Sue gets on here, there'll be a little gap, as there's no internet at Rowan.
Back soon!
Posted by Richard Dorrell at 5:14 pm No comments:

According to legend and folk lore, Skye is a place popular with faries. We haven't seen any yet... 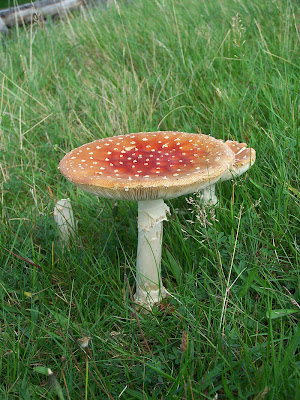 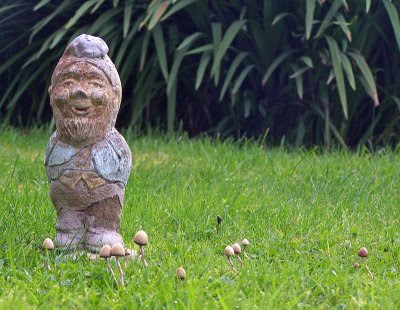 How do we dry our washing?

Enough of dreamy Romantic photographs - back to reality...
When all of our cottages have been 'full', we end up on a Saturday afternoon with 10 duvet covers, 10 sheets, 28 pillowcases and 28 towels to wash and dry. Thankfully, not everywhere is fully occupied very often, but we still do a lot of washing.
Surprisingly often, it all dries on the line outside (I say 'surprisingly' because it's supposed to rain a lot in Scotland - don't believe everything you hear in the weather forecast...)
However, there are days when it 'drizzles' or when the wind is so strong that the sheets would end up in Dunvegan five minutes after being pegged out.
So, we invested in a dehumidifier. After a couple of hours research on the internet, a 3-speed dessicant version with ioniser was ordered - £95 with free delivery - it arrived two days later. (How did we manage without the internet)? 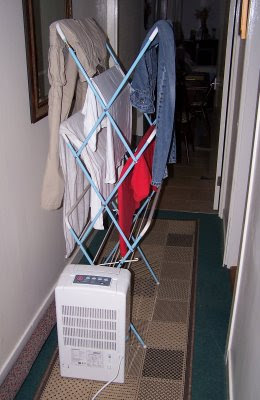 What a fantastic device! It sucks in the damp air, dries it, and puffs out slightly warmed and freshened dry air. A machine load of pillow cases can be dried before the next load has finished washing. It consumes 600 watts of electricity, so is not massively expensive to run.
When we are not drying washing, we are using it from time to time to ward off the musty smells which are inevitable when your home is a converted cow shed - no-one cared about damp-proofing or insulation when they were building this cow shed in 1890...!
Posted by Richard Dorrell at 9:01 am 3 comments:

Opened the front door to take Basil for his walk this morning, and had to immediately return to fetch the camera - haven't seen the hills red before!

then, a couple of hundred yards into our stroll, the sun was catching Roag Island. (The house on the left of the island is currently  for sale if anyone's interested... £345,000...!!) 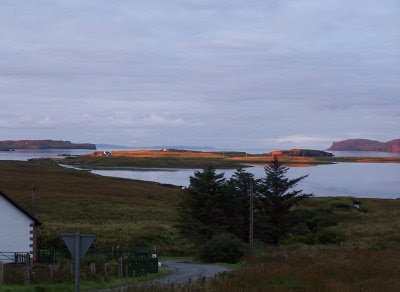 Posted by Richard Dorrell at 8:50 am No comments:

Having mentioned my favourite tree in my last post, I thought I should post a picture of it. 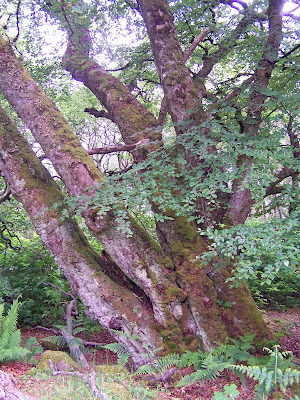 I took this picture on 11th June, together with other pictures in the woods. You can see them all on Geograph.co.uk - start here http://www.geograph.org.uk/photo/840586
and click on the 'Grid Square' link to see the others.
Posted by Richard Dorrell at 5:32 pm No comments:

The wildflowers have mostly gone, thistle seeds are drifting in the breeze, and the bracken is turning golden brown. The vivid green of the leaves on my 'favourite' beech tree in Dunvegan woods is fading to a yellower tone. Soon those leaves will begin to fall. Skye is putting on its autumn clothes. 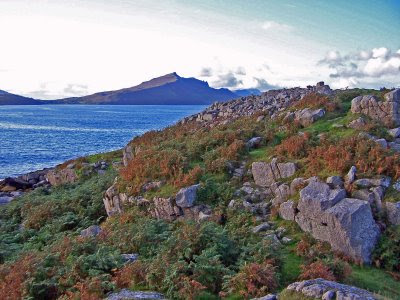 Golden bracken on An Aird, close to Aird View in the Braes.
The rocks are the remains of an ancient dun.
The background peak is Ben Tianavaig.
Posted by Richard Dorrell at 8:46 am No comments:

What a life THEY have... ...they just lie about, sleeping and scratching.

(These seals are on a rock in Loch Dunvegan. I think they are put there for the tourists.)
Posted by Richard Dorrell at 5:02 pm 1 comment:

Sue climbed onto a coach in Portree on Saturday afternoon to travel down to Kent for a few days. She arrived safely in Ashford about noon the following day. She will be staying with her Mum and catching up with as many friends as possible. They also plan to make a trip to Wiltshire to visit other members of the family.

Meanwhile, I remain at the Barn with an washing and ironing mountain to work through... Fortunately the weather here continues to be wonderful, so all the washing is drying outside.
Posted by Richard Dorrell at 4:57 pm 1 comment:

We've been away for a couple of nights - but only to Aird View... We were having new carpets fitted at the bungalow, and there were a few other jobs to do, so we didn't 'sell' this week. It made a change to have a night or two away from the Barn.

But, carpet fitting involves moving quite a lot of furniture... 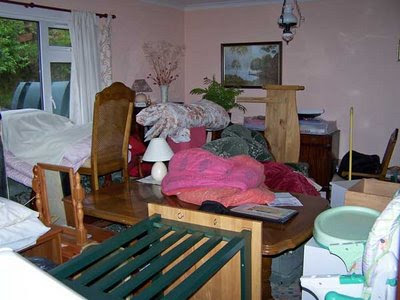 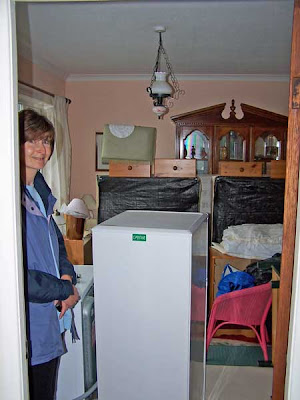 But the evening view was a reward! 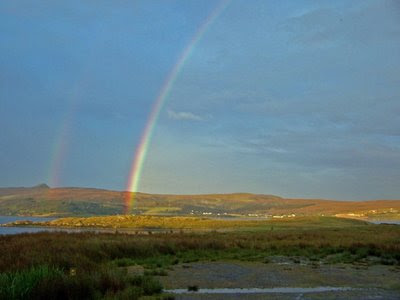