Its that time of year when tourism related business owners look at their websites and decide they need to make a few tweaks for the forthcoming season. This makes it a busy time of year for me, as most of the Skye websites I have designed have been for such businesses.

On the plus side, it means I am the first to see some of the great new photos people have taken. I am sure the photographers concerned won't mind me sharing one or two here...

Andrea has been busy. She owns a B&B at Crossal. Here are a couple of her latest photos - 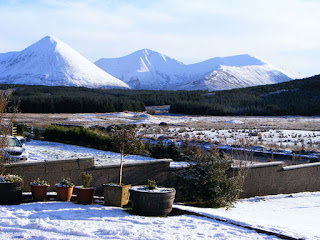 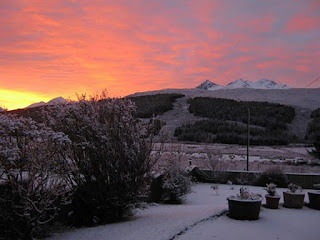 They are lovely pictures Andrea, but undoubtedly more dramatic are some of the Cuillin pictures on Graham and Annie's website - SkyeHi Mountain Guides... 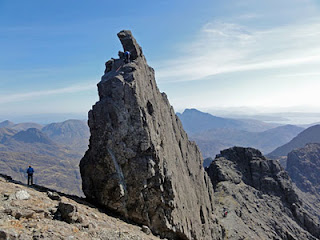 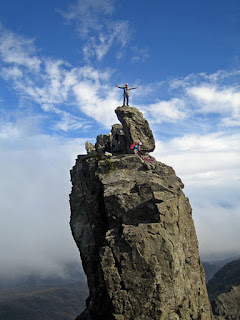 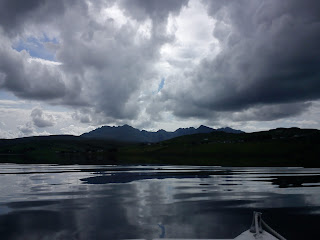 Ah - ha! Now I have learned how to embed a youtube clip in the blog... clever stuff!

As just about everyone in the UK will know, the whole country has been suffering some very extreme weather recently. Travelling back to Skye from Devon the other day, I had the chance to experience some of it first hand.

As I loaded the van in Torquay, I was soaked by the rain and blown about in the wind. Leaving Torquay, there were one or two trees on their sides, but fortunately, not across the roads. Travelling north through Somerset, it was clear that rivers were very close to flooding, some of them already overflowing onto neighbouring fields. Traffic reports on the radio spoke of all manner of road closures in southern Scotland, but I was only going as far as the border this day.I drove on through all kinds of weather, including torrential rain, strong blustery winds which shook the van about, and occasional and brilliant sunshine. Unfortunately, a blown-over truck had caused the closure of the M6 motorway, which led to a lengthy detour, but I arrived unscathed at my B&B in the little border town of Langholm.

The following day, the storm had abated, and I continued north from my B&B. There was deep snow in the Southern Uplands, though the roads had been cleared. In the Glasgow area, there were many trees down, and many buildings showed evidence of damaged roofs. Road signs had also suffered, some with bent support poles, others completely uprooted. There were fallen trees, branches and debris all the way north as far as Fort William, but no snow other than the usual section where the road climbs to about 1000 feet over the hills west of Invergarry.

Back on Skye, everything had remained normal throughout - there had been heavy rain (normal...) and a stiff breeze (also normal) but no damage to our trees or property.