I grabbed the opportunity to spend several hours walking on the hills yesterday. I am sure I am not the only person to enjoy pure solitude and a love of being totally alone in a wild and spiritual place. I have no urge to scale the highest mountains. I almost never follow footpaths or waymarked routes. Thankfully, it is not hard to get away from the few paths, roads and people on this most magical of islands. These photographs were all taken yesterday, on my walk over Beinn Bhreac near Sligachan. As ever - click on a picture to view the gallery full-size.
This is My Skye... 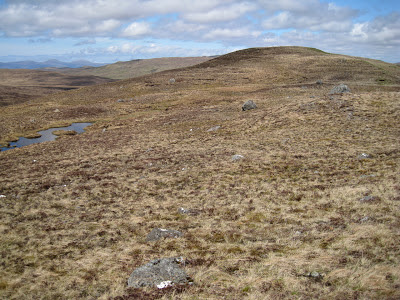 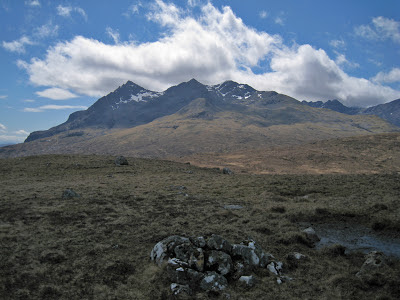 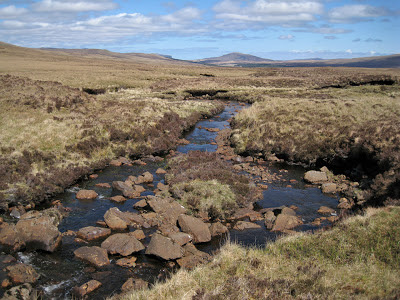 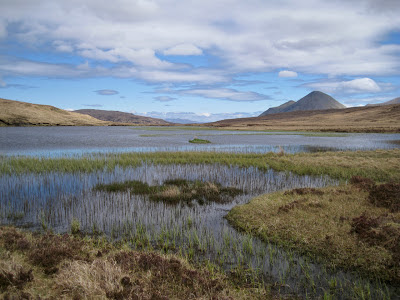 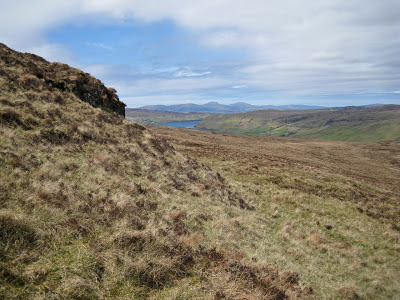 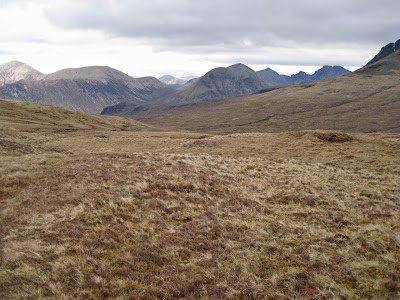 Posted by Richard Dorrell at 11:00 am No comments:

Allotment News - Nothing To See! 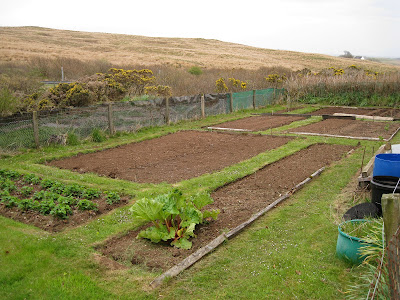 Some dry weather over the last few days has finally given me the chance to get all the seeds planted that go straight into the ground. It will be a few weeks before anything is visible in a wide view like this one - taken today. It is interesting to contrast this picture with one taken on 5th June 2012 - see it here . I reckon the growing season is two to three weeks later this year.

The really observant might just notice that the rhubarb has taken rather well to its new location, and has grown well this spring. Some has been given to neighbours, but we are yet to sample it ourselves!

The organisation called Scottish Natural Heritage has recently produced a map showing areas of the country which have been given the designation of 'Wild'. On Skye, there are two such areas. One, not surprisingly, is the Cuillin. The other, I was delighted to see, is Duirinish.

The 'Wild' status adds no special protection to the land, in the way of a Conservation Area or National Park, but at least the special nature of the land has been noted by a respected national organisation, which might be of help should someone come along with the idea of building a windfarm on it, or using the land in some other damaging way.

Duirinish is the name of the north western peninsula of Skye, and here at Roskhill, we live at the eastern 'neck' of the peninsula, where it joins the rest of Skye. Our view from The Barn windows is of the Duirinish hills and eastern coast. The highest point in Duirinish is Healabhal Bheag, but the peninsula consists of many, many acres of hilly wilderness moorland largely surrounded by high, sheer sea cliffs, with those facing the south west rising to over 1000 feet in places and stretching for some 15 miles.

The eastern border of the peninsula - between Loch Dunvegan and Loch Bracadale (where we live) is thinly populated today, and in years gone by, attempts were made by man to inhabit and farm the more sheltered parts of the coastal fringe. But virtually no roads have ever been built on the peninsula, and with access by sea being hampered by those cliffs, man has never made much impact on the land.

The whole of Duirinish is accessible on foot however, though few enough people ever visit to have created paths in more than one or two places. Duirinish became my favourite place on Skye back in 2009, when I first started exploring its beinns, braes and bealachs. The coastline is spectacular, but the inland moors are vast, open and empty windswept areas of grasses, heather and moss. The sea is visible from almost everywhere, and trickling burns flow down the hillsides, though there are few freshwater lochs. Trees are absent too - the westerly aspect being too frequently blasted by gales and storms for anything to grow to any height. Walking for a day in Duirinish, one will probably see a number of Red Deer, a couple of Golden Eagles, a scattering of other moorland birds, but no people.

In our bustling and overcrowded little United Kingdom, it is a total joy to experience a natural wilderness of such awesome beauty. To have it on our doorstep is quite simply our little bit of Heaven on Earth. I am hopeful that the 'Wild' designation will help to preserve the land in its 'wild' state for evermore.

Below are just a few of the dozens of photographs I have taken in Duirinish... (click on any picture to view larger, as a gallery) 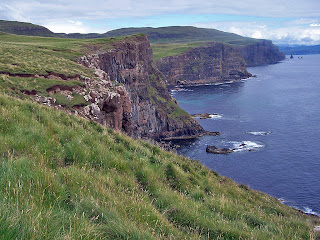 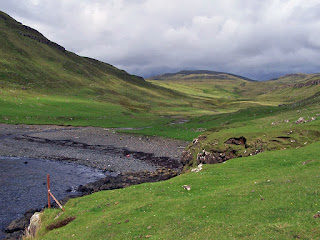 Lorgill - one of the few beaches in Duirinish, and the location of a former settlement, which was largely deserted in the 1860s 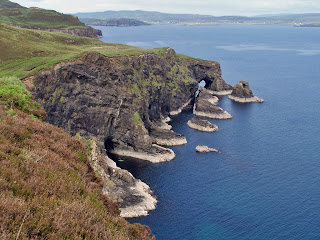 Stacks and arches on the east coast 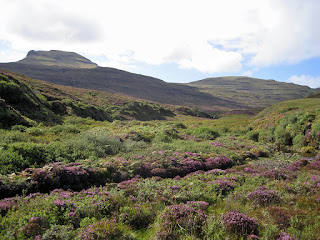 Valley of the Osdale River - Healabhal Bheag on the left 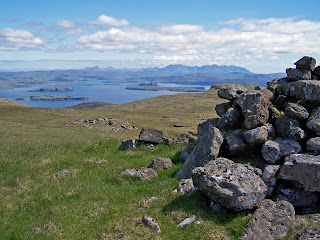 Looking towards Loch Bracadale and the distant Cuillin mountains, from one of the hilltops 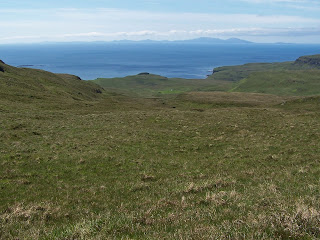 Grassy moorland on the west of Duirinish, overlooking The Minch. That's South Uist on the horizon. 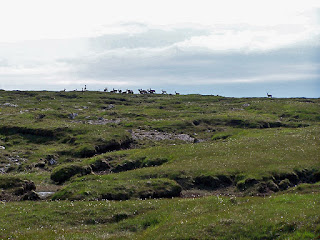 Deer on the run - I was not quiet enough arriving on this hilltop!
Posted by Richard Dorrell at 2:42 pm 1 comment: