A February Evening on Skye

It was my turn for evening dog-walk-duty today, but this afternoon, I became a bit involved in my work revising our B&B website (more news about that soon) so by the time I set off for Dunvegan Woods with Cupar, daylight was already beginning to fade.

We've had a delightfully calm and fairly mild and dry day here today, with occasional sunshine. Our walk up through the woods was lovely - a few shrubs are actually beginning to show green shoots of spring, though the leaf buds on the trees are still tight shut. Once out of the woods at the top of the hill, our path crosses open moor, with a wonderful view back to MacLeod's Tables - tonight they were mysteriously shrouded in swirls of cloud.

Cupar was having a great time sniffing for rabbits and deer (or whatever other imaginary creatures he sniffs for), but I eventually became aware that it was actually getting rather DARK, and we still had a mile or so to walk back through the woods to the van in the car park. So we came back down the path pretty briskly - it would not be fun to be in the woods in total darkness. There is a path - but there are some significant boggy patches to negotiate!

As we arrived back at the van, a distant insomniac blackbird was still singing, but the owls were beginning to hoot. However, Cupar insisted on having his usual game of 'fetch' with a tennis ball, so we played for a while, until the owl hooting became a chorus, and bats were silently fluttering about above us.

I still have to pinch myself sometimes to remember that the dream we live here is real.
Posted by Richard Dorrell at 7:11 pm 2 comments:

I intend to make a big effort to post allotment updates in this blog this year, every time I do something major out there. The news today is that the seeds for this year's planting have arrived by mail order from Suttons . It is to be:


Planting won't be starting for a wee while as the soil is still very wet and cold. I am supposed to be rebuilding the cold frame soon, as the existing one has rotted to the point where it is almost unusable. I just need to get myself motivated for that job! But all the brassicas started in the cold frame last year, and made good strong plants before planting them out, which was probably key to the excellent broccoli and sprout crop we had.
More to follow!
Posted by Richard Dorrell at 10:58 am 2 comments:

From the tourism point of view, I probably shouldn't say this - but we have had an awful lot of rain this winter....

Rivers and burns are flowing high, and our lawn squelches when I walk on it. Maybe it is a good sign that we will have a dry summer.....???
Posted by Richard Dorrell at 9:47 pm No comments:

I had the chance to get out for another walk yesterday - I just don't seem to get enough time for walking these days.

Ridiculous - I am supposed to be retired!

Anyway, I set off with a slightly ambitious route plotted on my GPS device, taking in a summit and a long walk through difficult boggy terrain to get to a bronze age souterrain or earth house. I knew this bit would be wet, because I've been there before, but with a flat camera battery... This time, I made sure I was able to get some pictures.

I'm pleased to report that I completed the 7 miles or so in a shade under four hours, with only slightly soggy feet, and will append a few of my pictures here. I will be posting about 50 more on Geograph, so if you want to see them all - they should all be there within a day or two. This is the link to my Geograph profile page: http://www.geograph.org.uk/profile/20032 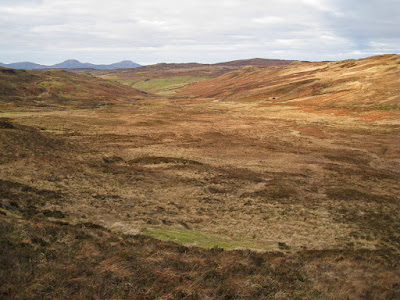 Glen Bracadale - not a path, road or house in sight! (The little dot on the right is a ruined barn)! 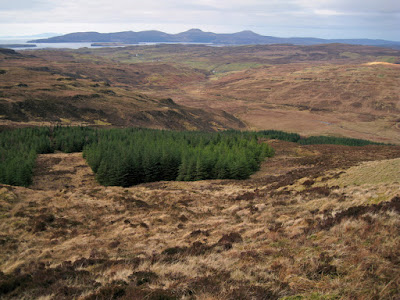 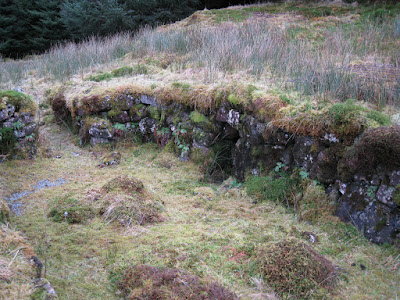 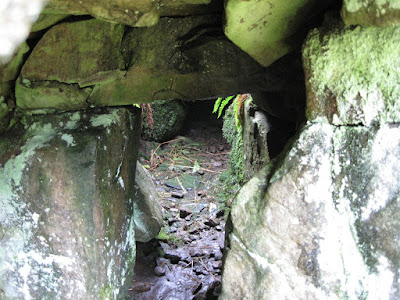 A peep inside the entrance... 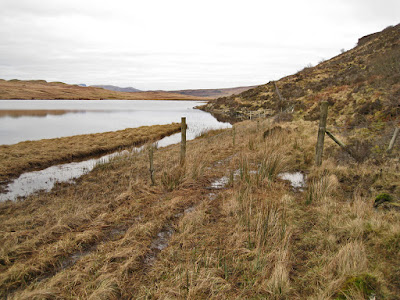 The route  back home.
Posted by Richard Dorrell at 4:21 pm 4 comments: