The weather forecast spoke of heavy snowfall in the highlands. Well, here's the garden at the Barn first thing this morning. I suppose that might be considered 'heavy' by southern standards - would have brought the M25 to a standstill anyway.
It has carried on to be a lovely sunny day. I've dried two machine loads of washing on the line outside.
Don't believe everything you hear on the weather forecast! 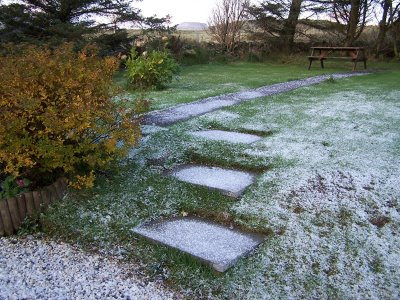 Posted by Richard Dorrell at 2:50 pm No comments:

Even more on the weather...

Basil and I had a blustery walkies yesterday afternoon. It's been very wet and very windy here for the past few days. Apparently the weather should start to calm down about April... Posted by Richard Dorrell at 9:50 am No comments: 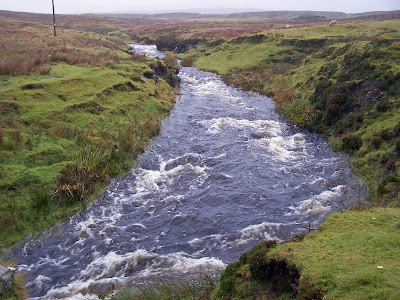 Here's our local burn making its way off the moor at midday today - it's usually not much more than a trickle... Notice how the sheep (top right) carry on grazing quite unperturbed by the wind and rain.
Posted by Richard Dorrell at 2:11 pm No comments:

More on the weather...

We're having some pretty dramatic weather this week.
We had a couple of days when brilliant sunshine with fluffy white clouds would be blotted out in seconds by a bible-black cloud followed a few minutes later by thousands of hail stones bouncing on the lawn.
Here is a sunset, taken from our garden, shortly after one such hailstorm. 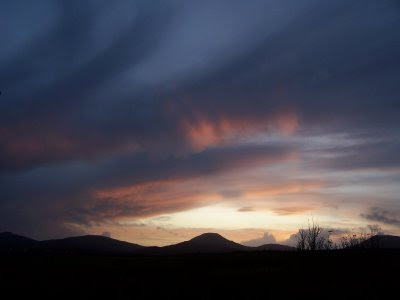 Last night the wheelie bin was blown noisily across the garden and the wind hissed all night in the pine trees, with rain lashing against the window. Much the same weather is continuing today. Our local river is a raging torrent. If the rain eases enough I'll dash out and get a picture.
Exciting stuff!
Posted by Richard Dorrell at 11:01 am 1 comment:

We had a little concern before moving here that we were going to find the cost of living a lot higher on a Scottish island than in the south east.
We are not buying clothes or furniture - neither of which are available much on the island anyway - so we are not bothered by how much they may cost.
Some things are dearer - for example, diesel for our vehicles is at least 5p per litre more than at the supermarket in Sittingbourne where we used to buy it.
Some courier companies look on Skye as not being mainland Britain (in spite of our toll free bridge) so won't deliver internet ordered goods here. However, Argos are happy to deliver for their country-wide charge of £5.00.
And I came out of the Co-op in Portree the other day with a fresh cabbage, half a swede, six tomatoes and a pot of cress having spent the grand total of 59p - special offers and 'mark downs' happen here just as much as anywhere else, and generally supermarket food prices are no higher than Kent. Another bonus - most of the fresh produce is Scottish sourced, so actually tastes better than the supermarket veg we used to buy.
Posted by Richard Dorrell at 9:34 am No comments:

He must be at least 13 now, but in spite of his age, and going increasingly grey, Basil still enjoys his walks and playing with his toys. 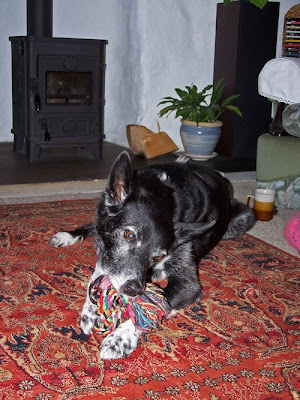 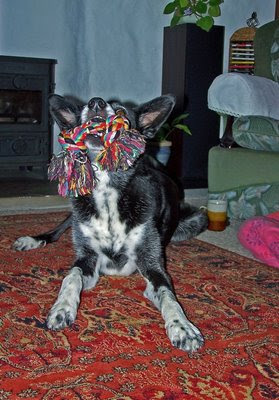 Posted by Richard Dorrell at 9:29 am No comments:

I can't really spend ALL my time pottering about taking the occasional photo (Sue says), so I have found a garden to look after (in addition to our own three... but I get paid for doing this one).
I spent most of the day there yesterday. It's a big garden, but fairly low maintenance, and I am enjoying the physical exercise - who needs a gym when you have a wet field to mow...?!! 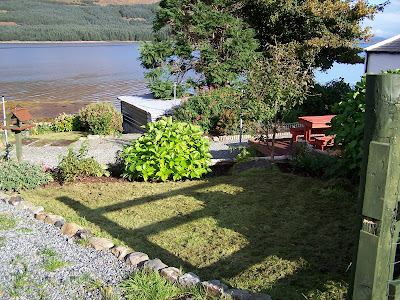 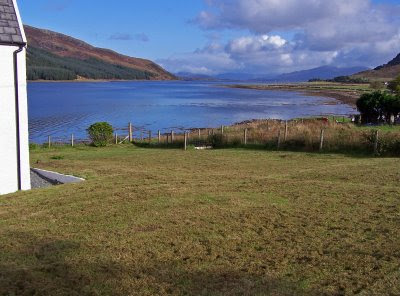 ...and every time I look up there's something new to look at! 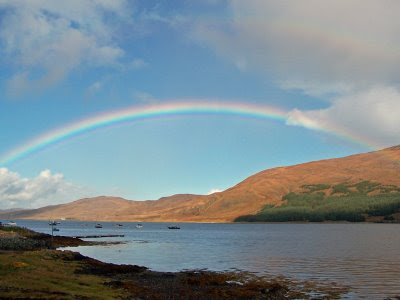 Posted by Richard Dorrell at 12:45 pm No comments:

The weather was dreadful Friday and Saturday, but stunning on Sunday. Up here, we have to make the most of the opportunities to get out, so here are some pictures Sue took on a walk from the Barn on Sunday 5th October. 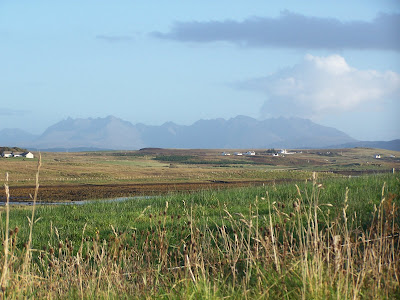 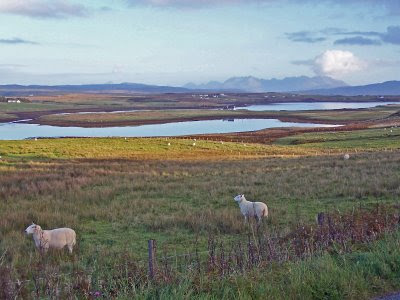 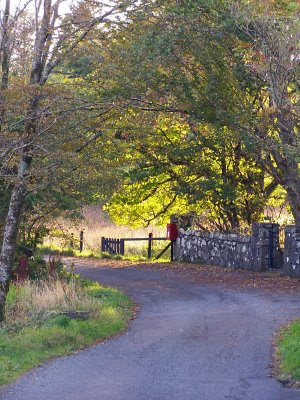 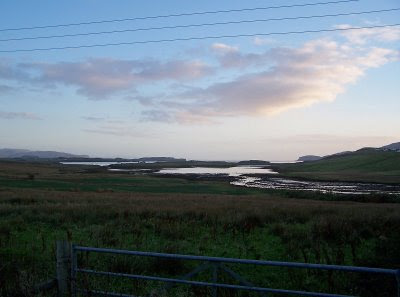 Posted by Richard Dorrell at 12:33 pm No comments:

Hi all -
I'm back from Rowan. Decorating done, lots of little jobs seen to, and the cottage looking good. I'm glad most of my jobs were indoors - the weather has been a bit rough - though heavy showers can mean stunning rainbows - this one was over the back garden (that's the Isle of Scalpay in the background). 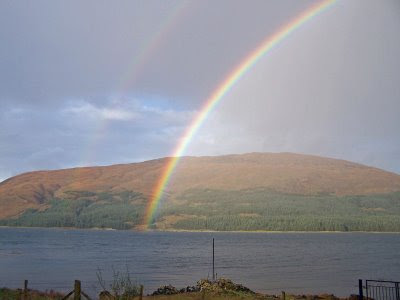 Mind you, I was still surprised to look out of the window at the mainland mountains this morning and see them covered with snow! This is a view from near Sligachan on my way back to Roskhill, taken about midday today. 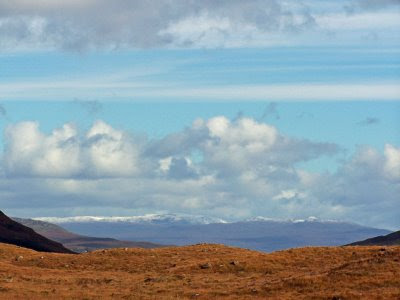 Posted by Richard Dorrell at 3:54 pm No comments: