I have just completed the redecoration of the outside of Summer Cottage. The cottage is a late 19th century stone-built one-and-a-half storey croft house, and is one of our holiday letting properties. In common with almost all domestic buildings in the Highlands, the cottage is harled and painted. (Harling is a local term for lime-based render). We had tried to find a local tradesman to do the decorating for us, but decorators here are always busy, and they can be reluctant to take-on more than a couple of outdoor jobs at a time, because of the vagaries of the weather.... so I ended up doing the job myself.

Since living here, I've learned a lot about roofs and stone-walled buildings. Summer Cottage has 3-feet thick stone walls, with gables capped with poured concrete skews. The skew forms a waterproof 'lid' for the wall, and the roof tiles are simply tucked under the skew - there is no lead flashing. The stone is pretty much waterproof, but the 19th century mortar is never rock hard at the best of times, and when affected by water ingress for years, it decays to have about the same strength as damp sand. Although I have been told by experienced builders that 'all the old places are like that' and 'they never fall down' - it is not a demanding task to scrape out some of the mortar and repoint as necessary. At least then the masonry paint has a better chance of staying stuck on the wall for a few extra years.

Some restoration of the harling was required for the most weather-exposed south-west facing gable. Part of the wall had suffered from water leaking past the skew as the result of an inadequately-finished roofing job, done before we bought the place. Last winter, heavy rain and a south-westerly gale had caused enough water to seep through the wall to be dripping from the inside of a first floor window reveal. It was definitely time to fix something! I made a rooftop investigation, found the poorly sealed area, and made a thorough job of re-sealing the cracks - but water had clearly been leaking in there for several years, causing a large part of the wall to become wet, and damaging the mortar and harling.

The rest of the paintwork was pretty straightforward though. With no holiday visitors at the cottage because of the lockdown, I was able to take opportunities to work in the best of the weather. I am fortunate to own a couple of good, long and light ladders as well as a roof ladder, so access to all parts of the building was reasonably easy - though I did wonder at times if I am beginning to be a touch too old to be clambering-about on a roof...!!

It is rewarding to get the job done. It all now looks very smart again, and will hopefully continue to do so for a few years.

Is Skye Back To Busy?

In short - no. It is still very quiet here.

After the lockdown, self-catering cottages in Scotland were allowed to re-open a couple of weeks ago, and at the same time, travel restrictions across the UK were lifted. This resulted in a brief flurry of bookings, mostly from Scotland and a few from England, which has partially filled our calendars for mid-July through to mid-September - though we still have lots of gaps, and virtually no bookings at all in the autumn.

So far, there is a barely-noticeable increase in traffic across the island, though a few lumbering camper vans are swaying-about.

Hospitality, as in restaurants, cafes and bars, are allowed to re-open from today, so this may encourage a few more visitors to venture our way, but overall, I have to admit to being surprised that there has not been a greater rush of people wanting to escape from their lockdown surroundings for a breath or two of clean, fresh Hebridean air. I can only assume many people remain anxious about travelling, though I rather think they will be further from any virus particles here than almost anywhere else in the UK.

Skye is at its summer best just now. The grasses are high, the wild flowers are more spectacular than ever, and the scent of meadowsweet fills the air. The unusually quiet roads and trails are a joy.  It is nice to have the place to ourselves, but sad to see all the tourism businesses struggling to survive.

The photos are from Sue... 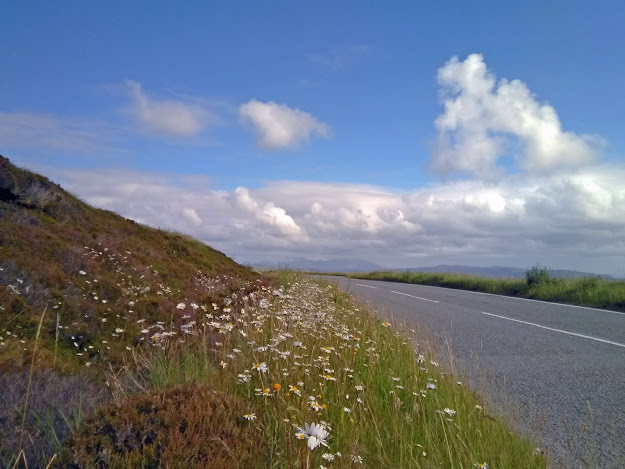 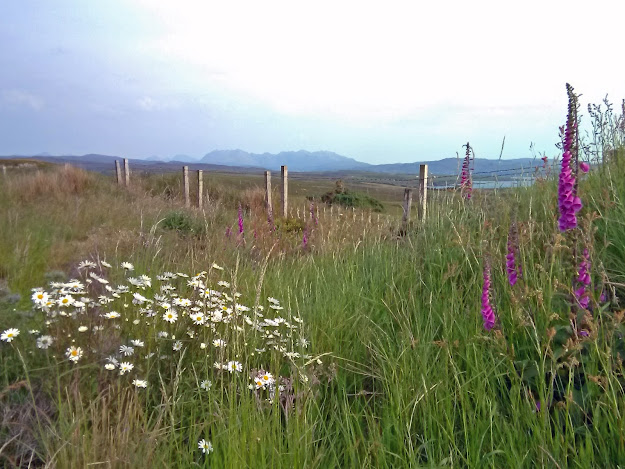 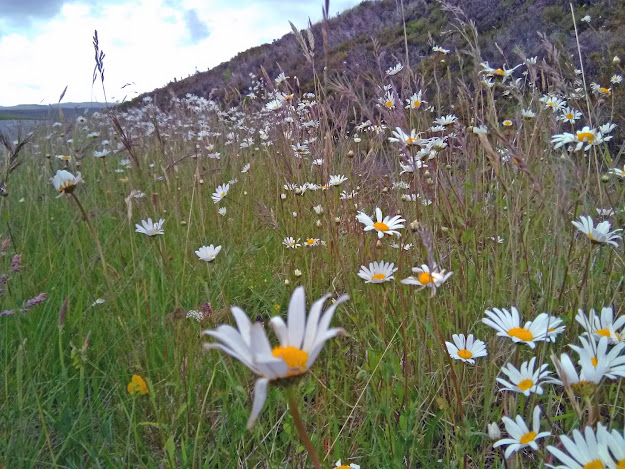 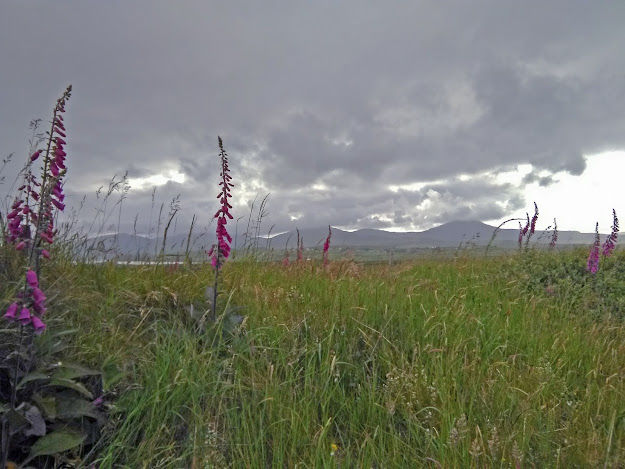 Posted by Richard Dorrell at 12:00 pm No comments: