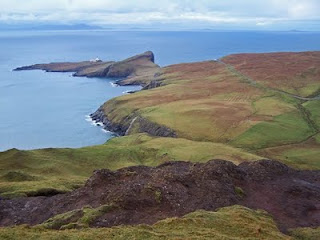 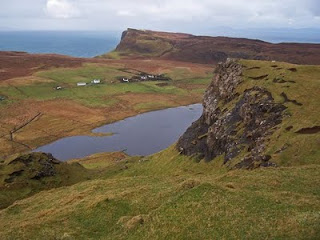 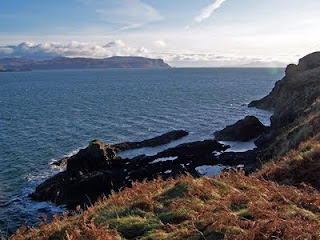 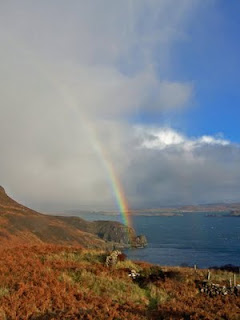 Do you fancy living on Skye?

It is all too easy for a holiday visitor to fall in love with Skye, so much so that they want to live here themselves. It is, after all, one of the most beautiful places on the planet, and the lifestyle is just so peaceful and comfortable – isn’t it?

Many have tried, and many have failed. Spending a few idyllic weeks on holiday here is not the same as putting down roots. So here’s a few tips…

So many people get taken away with the romantic notion of living on Skye, but it is a locally known truth that the ‘average’ incomer survives for just two years. Living here CAN BE WONDERFUL – but you need to be totally committed and mentally prepared for it.

If I haven’t put you off - let us know when you are about to be our neighbour – we will VERY WARMLY  welcome you, as will all the other Skye residents. We look forward to meeting you!

An update in this blog to this post has been published on 3 Aug 2015, please click on this link
Posted by Richard Dorrell at 8:17 pm 54 comments:

What do you do in the winter?

That's a fair question - the visitors have mostly gone, and the evenings are dark early...

Well, crofters on Skye have always been resourceful people, and making things for themselves is a long, long tradition. So handicrafts of all kinds are very popular here. Sue has joined a handicraft group who specialise in patchwork and quilting. (I'm not sure if I understand the difference between those two). Anyway - here is Sue working on a wall hanging which will become part of the family Christmas decorations... 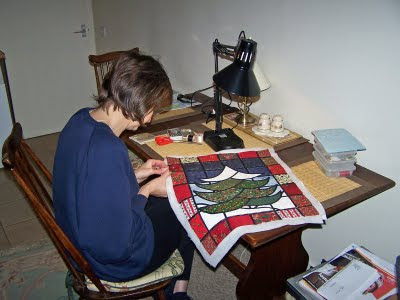 As for me - I am busy on a website project that I hope to be launching before the spring, and I still get out taking photographs whenever I get the opportunity. Here's one I took in Balmacara forest (on the mainland!) yesterday... 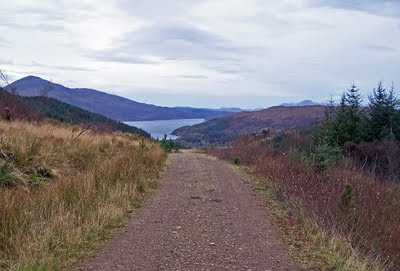 We are having a Visit Scotland Advisor visit the Barn today to undertake our annual Quality Assurance inspection. This is what leads to our 'star rating'. Each of our properties has an annual inspection. The event doesn't worry us these days, as we know what to expect, and we know we meet the required criteria to maintain our 3-star status. 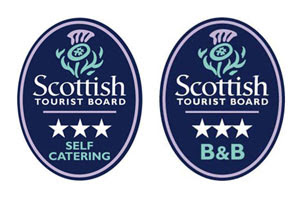 There is quite a bit of unrest among accommodation owners about the system though, as there seems to be a lack if consistency in the gradings, and a very 'blurred' distinction between a good 3-star and a 'just about' 4-star. It's expensive for us too - by far the greatest expense in our advertising budget, but currently we are obliged to have the rating if we wish to advertise with Visit Scotland.

Posted by Richard Dorrell at 10:45 am No comments:

If you visit here often, you will have spotted a few changes over the last week or so.
Although our new SkyeHolidays website has been very successful, some people were concerned that the yellow-on-black text was not easy to read, so I undertook a complete colour scheme revision.

To keep this blog looking similar to the Skye Holidays site (now linked from www.skyeholidays.co.uk), I have tweaked the colours on here too.

I hope you all approve!
Posted by Richard Dorrell at 12:55 pm No comments:

Today started with rain lashing against the windows and wind howling round the chimney. But  now, just a few hours later, the sun is shining, and we have a line of washing out blowing dry a gentle Hebridean breeze.

The weather here is like that. It's so unpredictable, and can change so quickly, that the forecasts on the TV and radio can largely be ignored. It can often be raining in one part of the island and sunny in another part. Winters here are milder than people expect too. On the coast, we seldom get snow - though the hilltops can turn white for a few days any time between the end of November and early April.

The occasional storms can be exciting. The wind roars, and the rain is horizontal. It's definitely the time to snuggle down with a good book. But after the winds have died down and the rain stops, everywhere you go, small and larger waterfalls cascade down the hills and the burns rush swollen to the sea.

Then there's the sky. Day after day it's a cloud-watchers paradise. Brooding and menacing or brilliant white against brilliant blue. All constantly changing and lit by the low winter sun. Fantastic!

There's nothing dull about our weather - it's all part of the Skye Magic.
Posted by Richard Dorrell at 12:12 pm No comments:

Those b-word things come round with alarming regularity... It was Sue's turn again yesterday. As it happened, the weather here was stunning, so we took a trip to Trotternish and scrambled up the hill to get close and personal with  The Old Man of Storr... 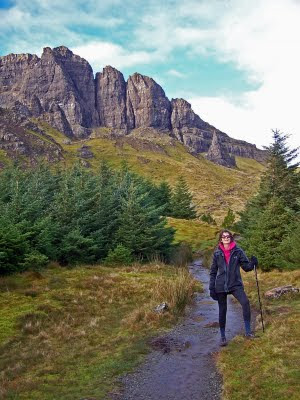 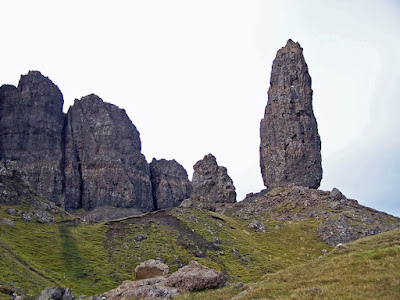 The Old Man of Storr (on the right!) 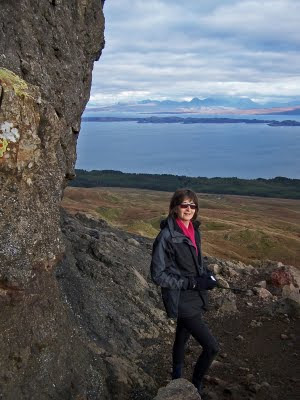 at the base of the Old Man 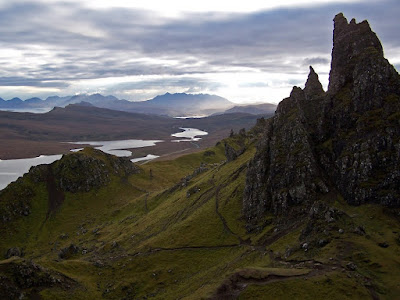 The Old Man overlooks this view